Hello everyone! We have a Wishing Well content update before September arrives, we hope you enjoy! 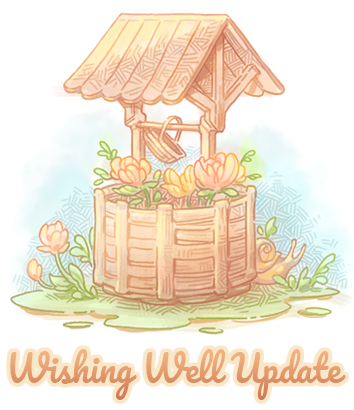 We had a lovely stream this month working on various wishes for
new items and pets. 19 new items and 1 pet are now available to be
obtained through gameplay!

If you would like to make a wish for a pet/item to be created for the
site, visit the Wishing Well thread! 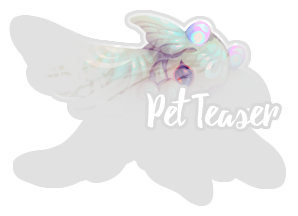 We came up with two different short hairstyles in many colours,
both with bangs long enough to cover the eyes. These will be
randomly stocking in Nico's Atelier every hour.

Last month's cooking aprons have received some fancier cousins!
These aprons are obtainable through specific alchemy recipes.
The recipe items are found in the usual random alchemy and Agnes'
Daily Quest reward pools.
CUSTOM MAKER DROP BUG
Recently, a large number of custom makers dropped in one day, much more than should be possible. After taking some time to investigate this, we found a bug within the probability system when coupled with the luck stat. This issue didn't previously appear due to a combination of less spins being made in one day and less luck available to be equipped.

We've now fixed the bug so the drop rate should be back to normal again. There will not be any removal of custom makers from accounts or a rollback of any kind, as all makers were spun legitimately and it was an internal bug.

Later on, we'd like to add a few mechanics to make the custom maker obtaining system a bit more fair and rewarding:

As a large amount of custom makers were spun recently, we anticipate that the current custom queue will be longer for a few months. We are however confident that we will be able to catch up and maintain the queue with our current completion pace.

Thank you for the support and encouragement as always, we'll be back with more updates soon!