Hello everyone! We hope you've been doing well and staying healthy. We're back with a new update for October 2020 to start off the autumn season in full swing!
Our fourth month of limited shops has arrived:
October's theme is the Circus Unicorn! Obtained from an elusive ever changing place.
These items twinkle with the mischief of their makers, echoes
of laughter and discordant music sound faintly in the distance. 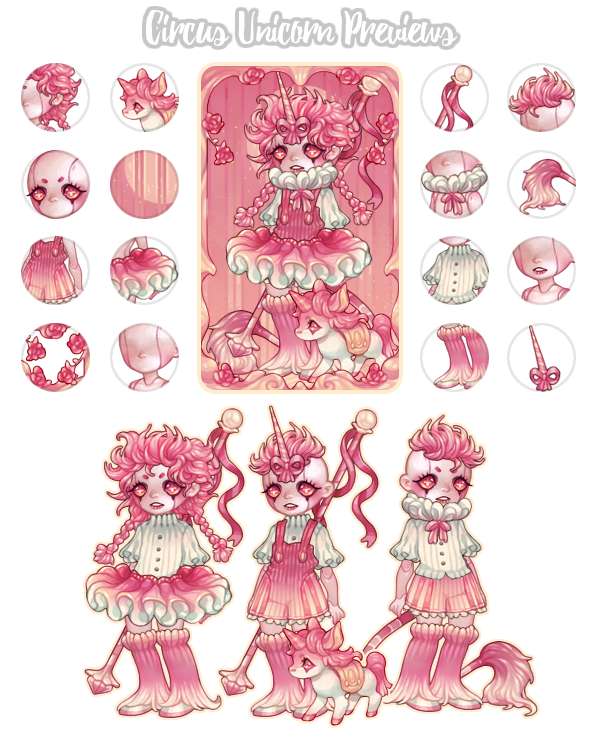 Pai's Shop of Wonders
Pai will host these 8 items in their infinite stock shop this month for 200 turnips each. If you spend 2000 turnips, you will be able to choose a free item of your choice! Free item claims will expire 3 months after obtaining them.

Agnes' Perpetual Shop
Agnes' shop is back with a chest that contains a set of Pai's 8 shop items for 1500 Turnips, ideal for collectors who want a full set at a small discount.

Oran's Emporium
Oran's shop will be stocked with these 8 items for 9,000 potatoes per spin!

These monthly shops will run until October 31st, after which they will be removed to house November's monthly items!

FIXES & UPDATES
To keep up to date with more of our smaller fixes and updates, feel free to subscribe to our Official Changelog!
WHAT WE'RE WORKING ON
We've been hard at work behind the scenes preparing multiple larger features as well as juggling various quality of life and bug fixes. Here's a look at what we're currently working on!

Guilds
Our Guild Creation preparation and bug testing was unfortunately delayed for a couple of weeks following the Summer Festivities due to server outages taking priority as well as other technical considerations in relation to other updates and fixes. We're now back on track and have entered our last phase of testing! We'll be ready to launch very soon if testing goes smoothly.

Custom Creator Queue
The Custom queue will officially be opening shortly after Guilds are fully launched, we're working on some additional backend considerations for this system as well as streamlining it more before launch. We'll also be taking into consideration ways to allow Kickstarter Custom Tier backers to indicate so in their request in order to give some priority to those that have been waiting since the Kickstarter.

Additional Adventuring Optimization
Our Adventuring developer is working on revamping the back-end image processing part of Adventuring in order to have it run more smoothly. This will also help to streamline our future Housing feature!

Housing
We've begun setting up and preparing our framework for Housing and refining our designs for it. We're excited to get more into it and give you more details and teasers as time goes on!

Theater
We're preparing an ad theater in which you can watch some advertisements each day in order to slowly accumulate some turnips as well as other perks in the future. This will give users another way to accumulate turnips for free as well as support site development with an additional stable source of revenue. More info on this feature as we work on it further!