Hi everyone! Thank you for partaking in the Witches War event. We had so much fun with everyone and hope you enjoyed your time dueling for your witch and experiencing the story. Congratulations to all of Mycel's friends and herself for clinching the final victory. 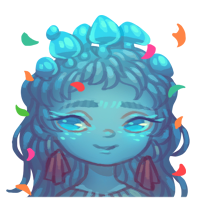 Thank you, my lovely companions. I never thought we could
work this hard for something together, but here we are.
I have a newfound trust in our ability to weather difficult
times, and it puts my heart at ease.

The event's conclusion brought in a new NPC and a new town, complete with daily errands and a full NPC shop, as well as possible future content!

571,721 duels were carried out in total by all participants, and 69 team goal sheets were completed.
CONTESTS
68 users made 154 submissions in the Creativity Prompt Contest!
237 users made 590 submissions in the Avatar Contest Thread!
Here are the different winners we rolled or picked for each contest!

STAFF PICKS
Here are our Staff Team's favourites! All of the submissions were amazing to go through and so difficult to narrow down, we had a great time picking them out! Click on each thumbnail to see the full submission.

FINAL WINNERS
Here are the outfits that won each round of preliminary voting!

Here are some plans for improvements for future events like this that we've accumulated from hosting this event!

Our next event will be a fun Winter themed event with a more casual, less lore-heavy story some time this season! More news is incoming when we're ready. 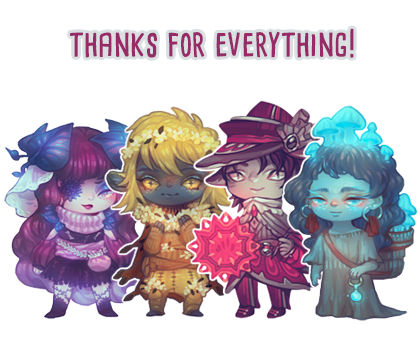 You look back on your time fighting for your witch, and see instead
the four witches now standing together, united.

They look content and wistful, perhaps hopeful for a better future.
The moment the hand of generosity and benevolence was
extended - that was the moment the illusion broke.